The installation used the space of the Silesian Museum: the Bartosz pit shaft Engine Room, the Workshop and the Smithy, and the Hallway of the Gallery of One Work. In each of these places, a short piece of music was presented by the New Music Orchestra conducted by Szymon Bywalec.

“It is the nature of sound to spread. Surprisingly, it is the nature of the modern human being to focus sound, to wrap it up and, sometimes, to hide it in the name of individuality and intimacy of reception. This, however, is an illusion, since sound lives in a particular acoustic context, and situated in a concert hall (or indeed any place regarded as one), it becomes multiplied by the emotions of artists and the audience. When for the first time I entered the area of the Silesian coal mine, now offered to art, I knew that one can entrust this space with new sounds. New, but heard in the familiar context of the mine – the machines, the recesses and the galleries.

The tuba and the violin may seem as different from each other as music and coal, but why should it be so? I see this duo as fit for the opening of the meeting in a coal mine that has been transformed into a sanctuary of art.

Finally, one has the opportunity to use these contexts as a mirror and catch one’s own reflection before going up again, back to the surface.” 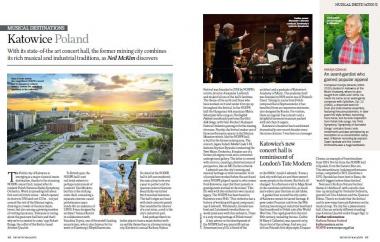 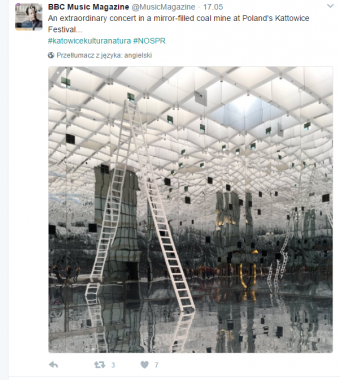 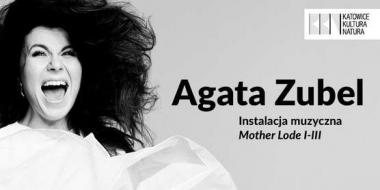